Today I went clothes shopping. I bought a lot of new clothes. In fact I spent more money on clothes today than I probably have in the last seven years combined. Now to put that in perspective I can only think of one piece of clothing I have bought in the last 5 years or so (a pair of jeans last year) and well I really only spent $225 today, which for some people may be a casual shopping trip. I never buy clothes, in fact a majority of my wardrobe consists of clothes I wore when I was still in high school. The rest are clothes I’ve received for birthday and Christmas presents from friends and family or received as freebies through work or conferences. 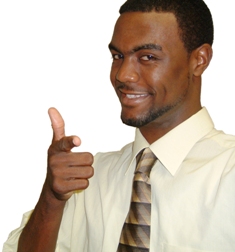 Seeing as how most of my wardrobe has been around for a decade it is starting to get a little worn out. I recently started a new job and well I keep moving closer and closer to some sort of management position, so I figured it wouldn’t hurt if I started to dress the part a little more. It probably doesn’t help that I pull up in this every day, but it’s still probably better than having a hole worn through my khakis in an inappropriate spot.

Anyway due to the recent success I have had as of late with my career, I’m starting to realize how important my job is to me being able to retire comfortably and ahead of schedule. Just a small bit of effort the last 6 months or so resulted in me getting a $5,000 raise and that taking a new job with another company for roughly another $15,000 a year. So one conversation with the boss and a couple job interviews netted me an extra $20,000 per year. Pretty easy money if you ask me. In fact I realized it just doesn’t get much easier than advancing your career.

I think of all the little things that I am so picky about when it comes to purchasing things, lowering expenses, picking good investments, credit card arbitrage, high yeild savings accounts, blogging income, free give-ways, etc. and in the end the money I save/make absolutely pales in comparison the extra money I’ve made as a result of my career this year. Does this mean I’m going to give up being a frugal entrepreneurial tightwad, absolutely not, but it does mean that I’m probably going to take my career a little more serious going forward as of all the variables I worry about in my retirement planning it’s definitely the most important one.

(Three quarters of the way through the article he gets to his point)
So that’s why I went ahead and bought me a bunch of new clothes today. While you can debate the effectiveness of this plan, I see these clothes as somewhat of an investment as they may help increase the perception I portray at work which in turn might mean my career stock might rise faster. Certainly in the grand scheme of things there are many things a lot more important than clothes, but in just about every case dressing sharp can only help you. (Cheapwad here bought a bunch of pants and shirts off the clearance rack at Kohls and he’s acting like he’s Mr. GQ)

So what’s your opinion on this subject? Am I really a closet metrosexual just trying to justify his clothes splurge or do I actually have a point here?