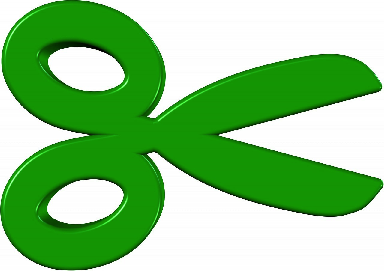 I’ll admit it I have become comfortable when it comes to personal finance. I did a lot of research and hard work when I was in my 20s. I soaked up all of the personal finance information I could. I was as frugal as they came and I setup my future self very well by saving $100k before I turned 30 and continued to save money into my 30s.

My retirement nestegg has grown at astounding (to me) rates and to be totally honest I have not done anything new or special when it came to personal finance in the last 6 or 7 years. I spend money on luxuries and don’t really flinch like I would have because pfft I make a lot of money, I saved a boatload in my 20s, and dude look at my nestegg – it’s huge!

I no longer go through every expense with a fine tooth comb. If something saves me time I’m happy to spend the extra money and honestly I don’t sweat the small stuff. In fact I just bought some land and probably overpaid for it by $40k just because we’ve been looking for land for so long.

That being said I’ve not become completely stupid and was able to dig into some of my ongoing expenses in 2014 and in the end actually ended up saving myself a lot of money per month & year. Below are some of the expenses I cut in 2014.

Packing my lunch
This one is kind of ironic. I had always packed my lunch, but then about 3-4 years ago a former co-worker & friend of mine started working at my company and he tended to eat out a lot and in turn convinced me to start going out to lunch. Long story short I got hooked to Chipotle and Panera and started eating out every day. I mean I could “afford” it easily and dang that food was good. The ironic part about this is this same co-worker later discovered Mr. Money Mustache, started packing his own lunch, and then started making fun of me for going out to lunch. Eventually it caught on and I now pack a lunch every single day. I estimate that this saves me about $80 per month or nearly $1000 per year!! Holy crap what a waste!

New Cell Phone Provider
My wife had her phone with a local cell phone provider which was cheaper than anything we could get through Verizon, Spring, ATT, etc. But we were still paying $80+ per month by the time you add in all of the taxes and fees. Her contract recently came up and we made the switch to Republic Wireless. The service is excellent and we currently pay $25 per month for unlimited talk,text,data. My wife can also switch to the $10 /month plan anytime via the phone if she decided she wont need data service outside of wi-fi. This move saved us over $60 per month or $720 / year.

Revisiting My Life Insurance
I have a large family that relies on me and about the time I started this blog I took out $1M in term life insurance. It was split between two policies a 30 year and 20 year policy. I now have a nestegg about the size of one of those policies so I figured I could probably eliminate one of them. I ended up actually replacing both policies with a new 30 years policy that was cheaper than the previous two policies. So an extra $10 years of coverage and saving me money – talk about a win/win. All in all this move saved me $30 per month or $360 per year.

Buying an Antenna
This one will go down as me being lazy category. About 3 years ago I cancelled our cable saving me a crapload of money each month. The problem was it was nearly winter and I was too lazy to climb up on our roof to install an antenna so I just told the cable company to leave the local channels on my bill for like $20/month. I figured we were moving soon anyway as we were trying to buy land and wanted to build right away. Well we know how that went. To top it off the cable company as cable companies due continually raised prices and I was paying over $30 per month for channels I could get for FREE over the air. I finally purchased a small compact antenna which works perfectly from the bush in our front yard (it’s winter again 🙂 ) and this move saved me $30 per month or $360 per year.

Mortgage PrePayment
Again once we purchased our land I felt complete control over my finances again. The uncertainty of how much money we would need to purchase land was gone and now I had a nice surplus of cash laying around. Like I mentioned many years ago I could have paid off our entire mortgage in its entirety many years ago and still had a large cash cushion, but I wanted the flexibility to be able to move on a piece of land without having to worry about banks. After this was taken care of I finally decided to take about $20k of cash I had laying around and paid it towards our mortgage. This move saved us about $66 per month in interest or about $800 per year. Also I don’t know if I can take credit for this but 5 years ago we refinanced to a 5 year ARM because again we certainly would be gone in less than 5 years, well we are still here and it just refinanced to a significantly lower rate. Between the pre-payment and the rate adjustment – the amount of interest we pay per month is $160 less per month or over $1900 per year.

Harvesting My Own Meat
This isn’t necessarily new as I have been a hunter all of my life, but I shot a nice buck this year which I will get a little under 100lbs of meat from. I butcher the deer myself and my family enjoys venison. The hunting tag cost me $20 and I do have some of the meat being processed by a local meat market who will be turning some of my venison trim into wonderful things like venison bacon and sausage. All in all this meat will cost me less then $1/lb even with my fancy venison bacon. I also took up bow hunting this year – $5 license since I was a first time hunter. In the past I really only wood harvest a large deer because I didn’t know how to butcher the deer and I wasn’t sure if my family would eat it. Some years I even gave the meat away to other family members I knew would eat it. Going forward I expect to be less selective in my hunting and harvest 2 or 3 deer a year to fill our freezer with very low cost organic meat. Hard to put a cost savings on this one, but its probably at least $3/lb so could end up being $300-$1000 per year depending upon my skill level.

All in all these small changes that required no sacrifice or major effort on my part saved me potentially $5000 per year!

In the mantra of not being a lazy bastard and resting on my laurels I have identified the following areas to potentially lower my monthly reoccurring costs even more in 2015.

Internet
We currently pay $62 per month which is the cheapest plan offered by our cable company. About my only other option would be to move to DSL. We will be building in the spring so possibly moving to our new house may lower this some, but this is one expense that really irks me due to the lack of options.

Groceries
We have will have 5 kids next spring and I think we could be a lot smarter about our purchasing. I think we do an ok job, but I am sure there are ways for us to cut this cost even more.

House
Kind of an ironic once since we will be building a mansion on our own private 15 acre estate out in the country, but there are so many simple ways to save $10k+ when building a house by making simple decisions common sense decisions that most people don’t make or possibly doing some of the work ourselves. Since this will greatly affect our monthly cash flow going forward and our ability to retire early I will need to be very diligent when it comes to our house.

So on January 1 – I’m rehashing my favorite articles for the year and I bring up the post from early last year where I bought myself a new car. I suffixed the article with the comment and I quote “still as pimp as the day I bought it. I’ve also had zero issues with the car since I bought it (setting myself up with that statement)”
END_OF_DOCUMENT_TOKEN_TO_BE_REPLACED

My family and I are going to be making a cross country trip next week to attend a wedding and due to the fact that we have a 2 year old and a 3 month old we decided it was probably better to rent a van than cram everyone into my wife’s Accord. I spent days calling around, doing searches on the internet, etc. and in the process think I learned a thing or too that I will share with my readers.
END_OF_DOCUMENT_TOKEN_TO_BE_REPLACED

As we all know going out to eat is very expensive and if you are trying to pay down debt or increase your retirement savings its probably smart to limit your dining out experiences. My wife and I don’t go out to eat very often, but when we do there are certain places and dishes that we really enjoy. The good news though is that you may not have to give up your favorite dishes just because you are living on a budget.
END_OF_DOCUMENT_TOKEN_TO_BE_REPLACED

In Part I I talked about organic fertilizers that can often be found much cheaper than the chemical versions. In Part II I am going to talk about over seeding.

Overseeding is probably the #1 thing you can do to a lawn to make it look great. Overseeding is simply planting grass seed over the top of your existing lawn. There are a number of ways to accomplish this, but in this article I am going to go with what I did to my lawn last spring as I had just incredible results. My lawn went from bare patches, lots of weeds, and dead areas to people asking me if I had my yard sodded.
END_OF_DOCUMENT_TOKEN_TO_BE_REPLACED

I recently received an email from one of my readers (Doug) and I thought I would share it with you as it really hit home with me and I think it might with many of my readers. Doug was kind enough to give me a few compliments, which made my day, but in the end it was I who really learned something. It’s a little long, but please read it in it’s entirety as it is probably one of the best pieces of writing you will see on this site.
END_OF_DOCUMENT_TOKEN_TO_BE_REPLACED

I recently sold my original pimp ride so I figured it would be good to break down the costs of the vehicle.